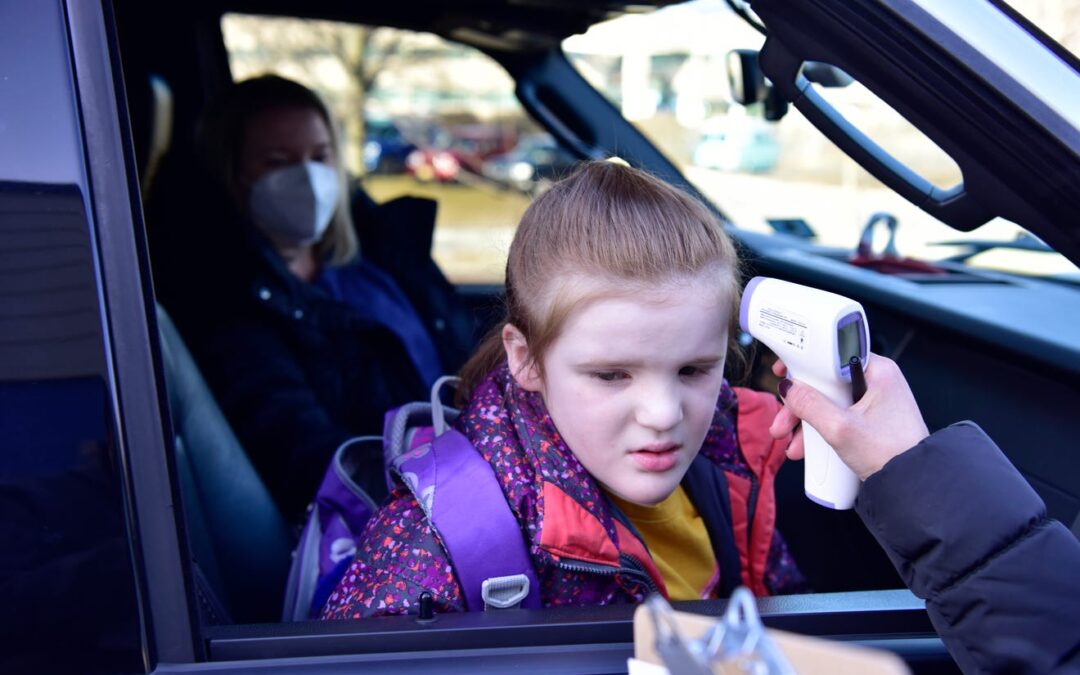 OAKLAND — While most schools continue to wrestle with virtual learning and hybrid schedules because of COVID-19, a school for students on the autism spectrum has managed to remain open, offer daily in-person learning, and all without any COVID cases.

REED Academy in Oakland had no choice but to remain open, said its officials. It was too important to the well-being of its students. After the school closed along with others in the state last March, some REED students “took a turn for the worse,” said families and school officials.

After much discussion, a plan for in-person learning was devised in time for back-to-school in September. It was not easy as most of the students don’t always understand the importance of social distancing and wearing masks. But the plan worked, said school officials and parents who are grateful as they recount the difficult months of virtual learning.

Jozen Navas, 11, of Saddle Brook, who is on the autism spectrum and largely nonverbal, is one of the students who struggled without the routine of school, said his father, Jorge Navas.

“It was rough when that stuff was taken away. It took a toll on him. I am sure if he was verbal he would say, ‘Dad this year has been the worst.’ It was a daily fight,” Navas said.

“When we all went into lockdown a year ago of course it was challenging to everyone to acclimate, but the challenges that kids face in schools like REED are really outsized. There are real reasons why our kids are placed in specialized school settings with one-to-one direct instruction,” said Cho.

REED Academy has 40 students and a one-to-one student-to-staff ratio. It uses applied behavior analysis or “ABA therapy” to teach a variety of lessons from helping students learn to go to a dentist or doctor to “all of the things their individual plans dictate,” said school CEO Chantelle Walker.

As part of the plan, the school day was shortened by 105 minutes, teachers and students stopped traveling between classrooms and no visitors are allowed in the building. The school nurse screens everyone outside before they can enter the school every morning.

“Kids with autism have a lot of deficits in communication and socialization areas, so learning through a computer screen presents a challenge,” said school principal Leah Farinola. “We had to get our kids back in the building and we had to do it with consistency.”

The rise in anxiety changed Jozen’s sleeping and eating patterns. His favorite way to de-stress was to watch movie credits and then write down what he remembered of them. But with that and school off the table, all Jozen could do was flap his hands and jump up and down to try and relieve the tension, Navas said.

He credits the school for much of his son’s advances. When Jozen started at the school four years ago he would only “grunt” to communicate, his father said. Since then he’s learned to tie his shoes, how to stay in the car, seated with a seatbelt on and most amazingly, he’s starting to speak.

“Just yesterday I was snoring and he woke me up and said, ‘Daddy, stop snoring.’ That is something I would’ve never have pictured him telling me,” said Navas.

Without consistency, however, these hard-won advances can also slip away. Zoe had “days when there was tantrum behavior and days when there would be self-injurious behavior and tantrums” when she became frustrated, Cho said. “With all of the disruption to her routine there were new behaviors that emerged like outbursts. Being home was not good for her stability.”

The school teaches the traditional subjects, including math and science, but more often teachers focus on “functional skills,” said Farinola.

“We will teach math in terms of measuring ingredients because they are following a recipe to be able to prepare their own lunch,” Farinola said.

The best way to teach someone with autism is repetitively and consistently, she said.

The students thrive specifically “with person to person instruction.” That’s what staff had in mind as they looked at their options for the school year, like virtual learning, during the summer months.

The precautions now in place at the school prevent the spread of disease and are giving the students their lives back, parents said.

“I was in the hallway on the first day they came back in September. Some were laughing; some their eyes were wide. It was familiar and exciting,” said Walker.

Zoe and Jozen were happy to get back to school and improved quickly after the school year started, their parents said.

“When I told him, ‘Hey Papa, let’s start going to school!’ he was very excited. He went to bed early and when he woke up he went back to his routine. He was happy. There was such a big change in him. I have a lot of trust in the school.”

Paul Aronsohn, ombudsman to the governor for individuals with intellectual or developmental disabilities and their families, said the school’s efforts should be noted.

“I applaud the commitment and hard work of the entire REED community, educators and families alike. By keeping their doors open and their students safe, they have led by example in a profoundly important way,” Aronsohn said.

There are 57,000 children with autism in the state, according to Autism New Jersey.